What makes a swan graceful is that her legs are working hard.

However, most of them don't know about her legs so that much. 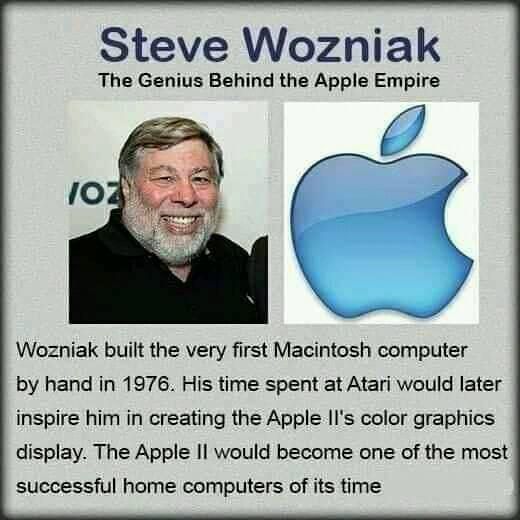 The Genius Behind the Apple Empire

Wozniak built the very first Macintosh computer by hand in 1976. His time spent at Atari world later inspire him in creating the Apple II's color graphics display. The Apple II world become one of the most successful home computer of its time.